Myths about the other. Representations, social practices and performances.
International Conference Thessaloniki: February 24 - 26, 2011

Most lectures of this conference have been published in a free e-Book. See under publications

The Department of Balkan, Slavic and Eastern Studies (Macedonia University of Thessaloniki) in collaboration with Via Egnatia Foundation has organized an International Conference in Thessaloniki.

We have explored past and present myths constructed and performed by the Balkan peoples in their attempt to deal with otherness within and beyond their familiar environment.

What primarily interests us is otherness as it is related to national self or ethnic status, as well as otherness engendered by religious, cultural and gender differentiation. We are also interested in practices related to otherness in the premodern world; such practices were negotiated within traditional structures and by historical minorities, but can also be identified in the contemporary, post-cold-war period, as well as the era of globalization and economic migration.

A central question to be asked is how difference is represented and managed as a feeling of otherness through the myth histories, folk tales and folk songs, legends and oral traditions, literary works, films and the media, in jokes and comic strips, generally speaking in every form of verbal or non verbal narration.

One of the conclusions of the conference was that education is a major issue we have to work on. The conference was more about stereotypes than about myths, but we have to take stereotypes seriously and have to study how and why they are constructed and what effect they have.
The conference offered a rich variety of contributions, historical and contemporary. Maybe a broader, comparative perspective could have been explored more. Something to remember in future collaboration and cross-border research.
The organizers are tremendously gratefull to Mariet Vaina and Dimitris Gkintidis, who did a lot of work for the conference and a number of students who assisted before and during the conference. 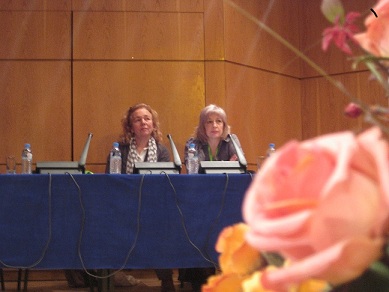 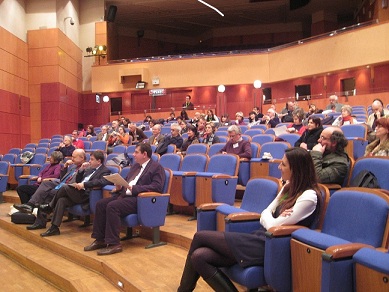