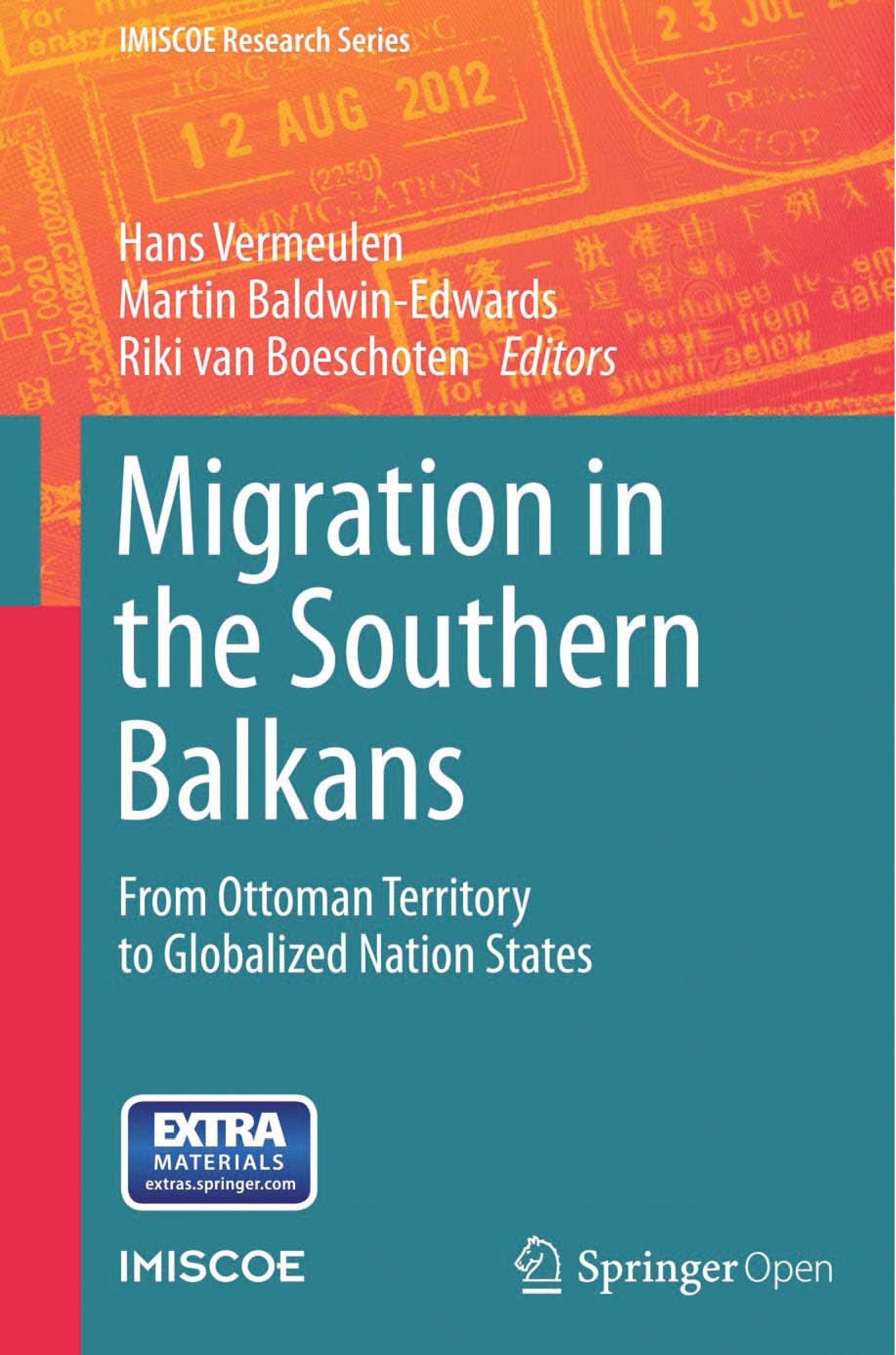 Migration in the Southern Balkans

See tabel of Contents - with facilities to download separate chapters

"The idea for the current volume emerged in a working group on migration of the Via Egnatia Foundation.

This working group was established during a conference the Foundation held in Bitola in February 2009."

This volume collects ten essays that look at intra-regional migration in the Southern Balkans from the late Ottoman period to the present. It examines forced as well as voluntary migrations and places these movements within their historical context, including ethnic cleansing, population exchanges, and demographic engineering in the service of nation-building as well as more recent labor migration due to globalization.

Inside, readers will find the work of international experts that cuts across national and disciplinary lines. This cross-cultural, comparative approach fully captures the complexity of this highly fractured, yet interconnected, region.

Coverage explores the role of population exchanges in the process of nation-building and irredentist policies in interwar Bulgaria, the story of Thracian refugees and their organizations in Bulgaria, the changing waves of migration from the Balkans to Turkey, Albanian immigrants in Greece, and the diminished importance of ethnic migration after the 1990s. In addition, the collection looks at such under-researched aspects of migration as memory, gender, and religion.

The field of migration studies in the Southern Balkans is still fragmented along national and disciplinary lines. Moreover, the study of forced and voluntary migrations is often separate with few interconnections. The essays collected in this book bring these different traditions together. This complete portrait will help readers gain deep insight and better understanding into the diverse migration flows and intercultural exchanges that have occurred in the Southern Balkans in the last two centuries.